Update on the non-international armed conflicts in Ethiopia

We've update the RULAC entry on the non-international armed conflicts in Ethiopia following the decision between the Government of Ethiopia and the Tigray People’s Liberation Front (TPLF) to stop fighting.

At the end of October 2022, peace talks mediated by the African Union took place in Pretoria (South Africa). Only one week after the beginning of the negotiations, on 2 November 2022, the parties to the conflict in Tigray announced the decision to stop fighting. Olusegun Obasanjo, head of the AU mediation team, clarified that: ‘[t]he two parties in the Ethiopian conflict have formally agreed to the cessation of hostilities as well as to systematic, orderly, smooth and coordinated disarmament.’ 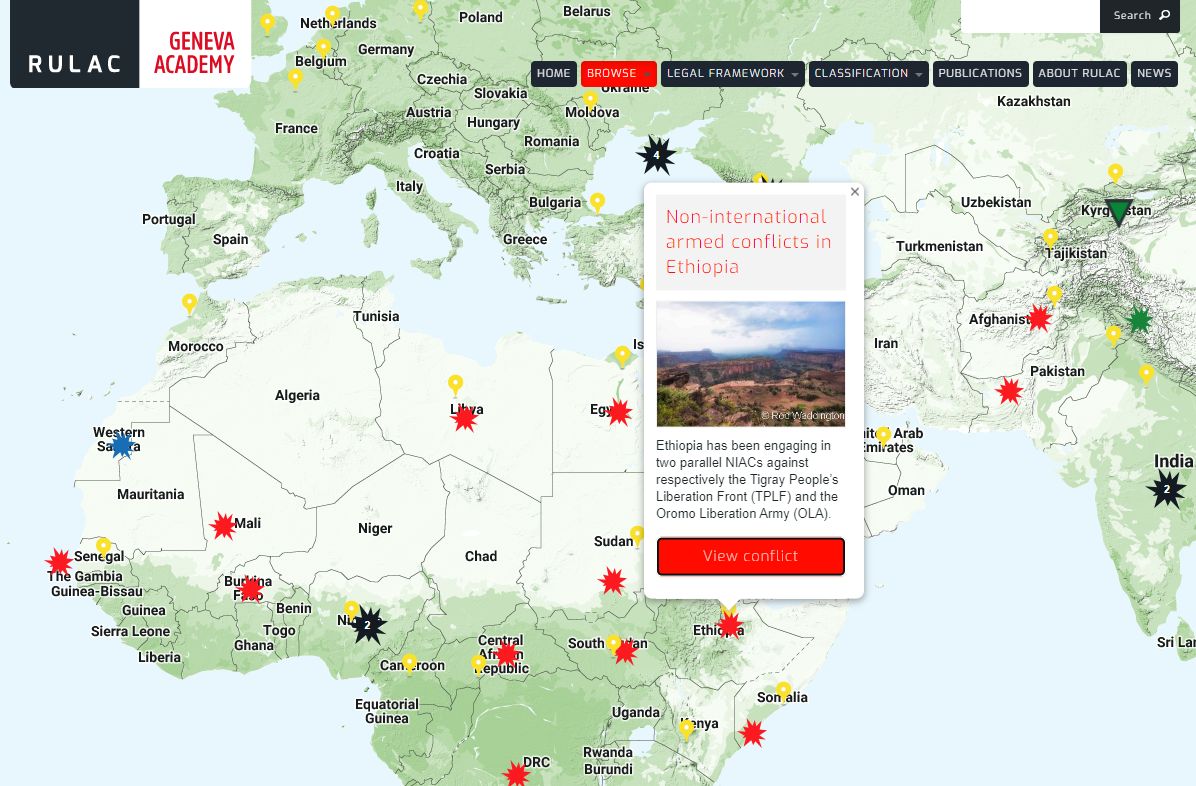