Kivu: Two NIACs with at least the Allied Democratic Forces and Mai-Mai Yakutumba

At least 100 armed groups are active in Kivu, in particular, the Allied Democratic Forces (ADF) and the Mai-Mai Yakutumba.

‘In light of their degree of organization and the intensity of violence between the FARDC and these two armed groups, we concluded that at the moment the DRC Government is involved in at least two NIACs in Kivu, one with ADF and the other with Mai-Mai Yakutumba’ explains Dr Chiara Redaelli, Research Fellow at the Geneva Academy.

‘As for the other armed groups, we cannot conclude with certainty that they are party to NIACs against the FARDC due to the paucity of specific and reliable information regarding armed confrontations and their organization.

ADF was founded in Uganda in 1989 and is based in the mountains between Uganda and the DRC. It operates mainly in the Kivu region, specifically around the town of Beni, where it has been conducting attacks against both the state armed forces and the civilian population‘ stresses Dr Redaelli.

Kasai: A NIAC with Kamuina Nsapu

The Kamuina Nsapu armed group has been engaged since 2016 in armed confrontations against the government, triggering a conflict that is having a dramatic impact on the civilian population.

Violence between the rebel group and the government escalated between 2016 and the beginning of 2018. However, armed confrontations were more sporadic in the following months.

‘Although the intensity of violence between the government and the armed group has decreased, this does not imply that the conflict is over and that IHL ceases to be applicable. Indeed, a non-international armed conflict continues until a peaceful settlement is achieved Yakutumba’ underlines Dr Chiara Redaelli.

Ituri: A NIAC with the Front for Patriotic Resistance

The Front for Patriotic Resistance in Ituri (FRPI), founded in 2002, is the main armed group active in the Ituri province. Its members are Ngiti, one of the ethnic groups in Ituri, and are estimated to number roughly 1,000.

The group was initially led by Germain Katanga, who was brought to before the International Criminal Court in 2006, where he was convicted of war crimes and crimes against humanity in 2014.

In 2018, FRPI engaged regularly in armed confrontations against the FARDC. In spite of the deployment of 1,300 additional FARDC and police personnel by the DRC government in April 2018, the FRPI continued to attack governmental forces, which responded with Operation Hero, a counter-offensive that took place on 22–25 May and resulted in the death of seven members of the opposition group.

Although the armed violence between state forces and the non-state actor has decreased in intensity, the conflict is not over.

‘Accordingly, IHL continues to be applicable regardless of the oscillating intensity of violence, thus even when the intensity requirement is not met for a certain amount of time’ she adds.

MONUSCO: A Party to These Conflicts

Since its establishment by the UN Security Council in July 2010, the peacekeeping operation has been supporting the government in its efforts to tackle the myriad armed groups operating in DRC.

‘In light of MONUSCO’s involvement in the various NIACs and the number and nature of armed confrontations between the peacekeeping operation and armed groups, we concluded that MONUSCO is a party to these conflicts’ underlines Dr Redaelli.

‘As MONUSCO is intervening with the consent of the DRC government, this involvement does not affect the classification of the conflicts, which remain non-international in character’ she adds.

Collaboration with the University of Essex

RULAC is supported by a law clinic at the Human Rights Centre at the University of Essex. In accordance with the RULAC methodology, a team of Essex postgraduate students drafted the conflict entry on the NIAC in Nigeria, which was then revised and complemented by the Geneva Academy. 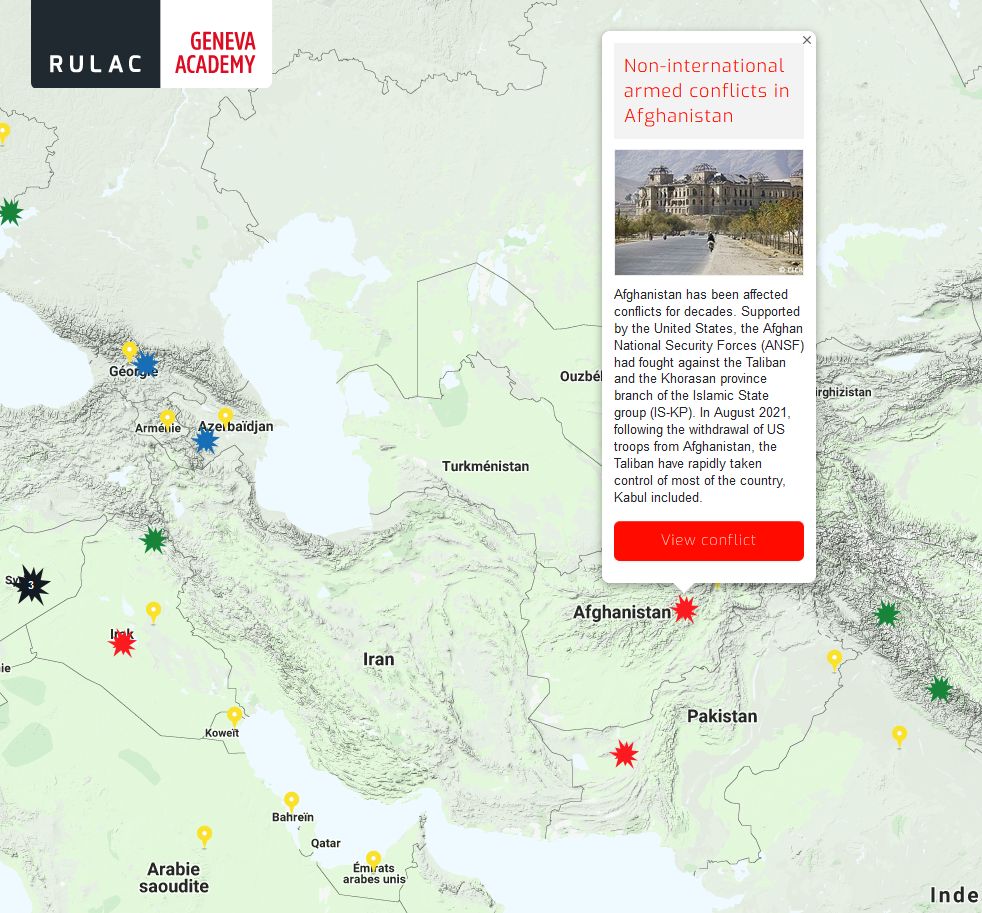